Burg joined the EHA family in 2018, his head coach for all three seasons has been Elite Hockey Academy President Peter Alden. “Burg has been with us full-time since the 2018-2019 season, but he played a few games for us in the 2017-2018 season at the U15 level,” said Alden. “I have watched him in every practice and game he’s taken part in, and you can see how much his game has grown since he joined our program full time three years ago. Dan has developed himself into one of the top defensive forwards in New England and into a player that can find himself on the scoresheet. In the last three years, he has put on weight and has gotten stronger, and he has gained a lot of confidence, and it has shown in his play on the ice. I am proud of Burg for earning this opportunity and can't wait to watch Burg continue his hockey journey."

Signing the papers, Burg reflects and appreciates the people in his life, and his time at EHA. “I’m excited to join an organization that is one of the top teams in the EHL,” said Burg. “The 87’s are one of the top teams in the EHL, but they have fallen short the last few years, and I look forward to helping them get over the hump and trying to win a championship. I want to thank my family and friends who have shaped me into the person I am off the ice and installing my work ethic and drive. I wouldn’t be here signing a tender today with the 87’s if it weren’t for the encouragement of my parents and friends throughout the last 18 years. The last three years have been some of the best years of my life playing for the Elite Hockey Academy. I have made lifelong friends and memories while playing here, and I’m forever grateful for the last three years that I’ve spent here at EHA. I also want to thank my coaches Peter Alden, and Geoff Marottolo, and my teammates over the last three years that have helped me to become a better player on the ice and became my second family."

Since joining EHA full time at the U16 Premier level in 2018-2019, Burg has been a dependable player. He had three solid years here at the Academy, but his highlight year came in the 2019-2020 season. Burg scored seven goals in 24 games at the AYHL level while being named an ECEL All-Star at the U18 Premier Level and helping EHA win its first ECEL Cup in program history during the 2019-2020 season. We believe Burg’s best years are still to come!

Daniel Burg will be joined on this journey to junior hockey by longtime teammate Adam Coley who also signed a tender to join the 87’s in the past week. Burg and Coley have been teammates for a long time, as they have played hockey together in California since they were kids.

The New Jersey 87’s are one of the top teams in the EHL. Since joining the EHL in 2018, the 87’s have gone an impressive 101-22-6 in the last three seasons. This past season they went 32-3-3 while advancing to the EHL Frozen Finals before losing in round-robin play and not advancing to the Championship game. To learn more about the 87’s click here.

From all of us here at the Elite Hockey Academy, we want to say thank you to Burg for the last three years. We look forward to watching Daniel climb up the hockey ladder and advance his hockey career. Burg signing makes him the eighth U18 Premier player this season to sign a tender with a junior program since the calendar turned to 2021 and the fourth to sign a tender to join a team in the EHL. 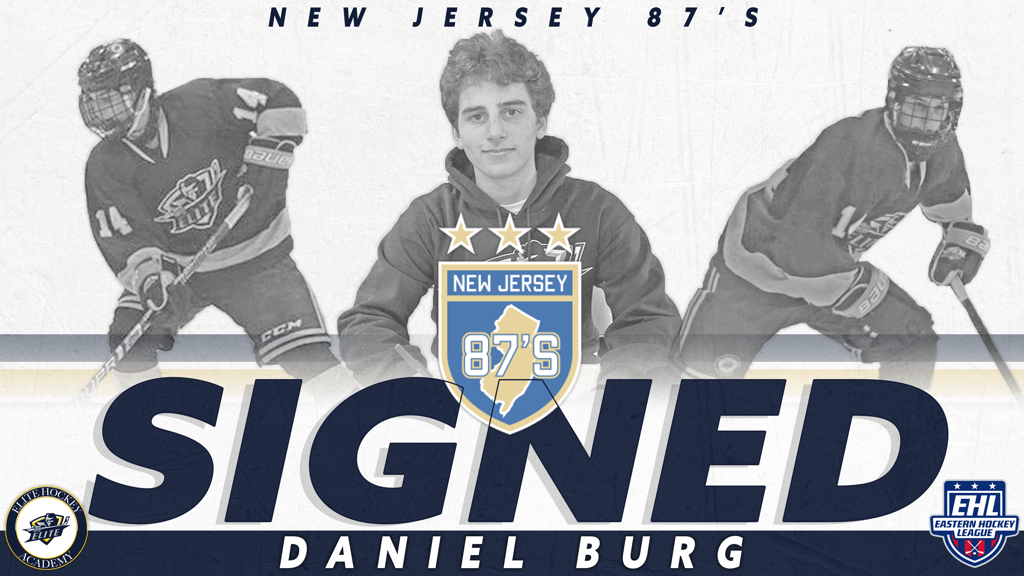 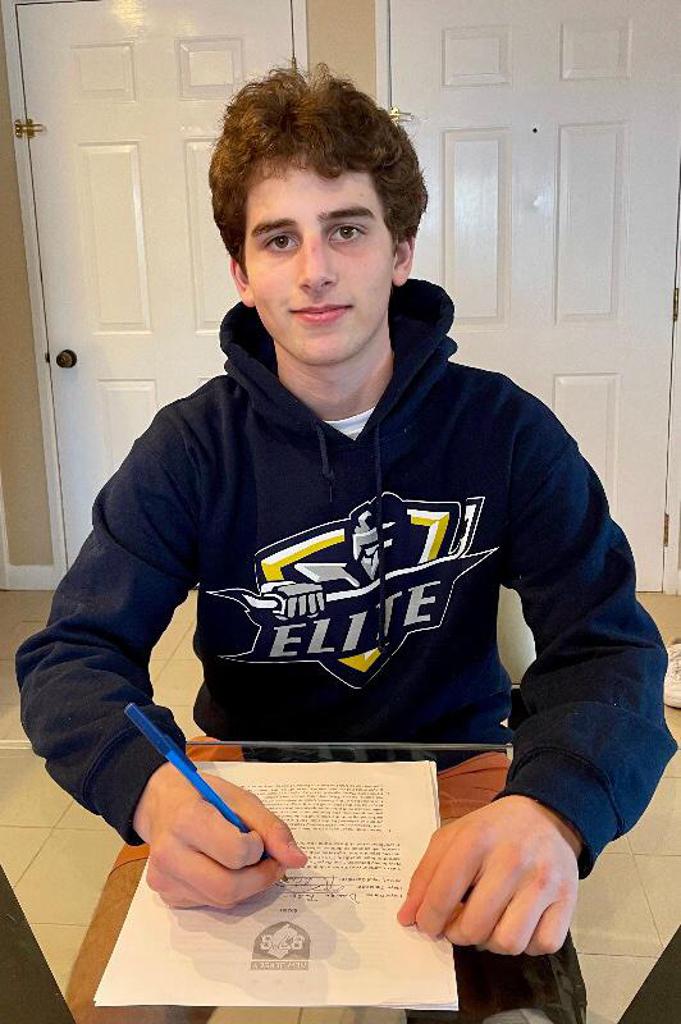