Alden and Viscuso earn the "Bauer" EHA Player of the Week!

The Elite Hockey Academy announced that 12U goaltender Caiden Alden and Nathan Viscuso, 12U forward have been selected as the EHA Players of the Week for the period ending November 13, 2022. These two players were a big part of an eventful weekend in the CCM World Invite in Chicago with over 500 teams involved.

Alden, 12U Minor team (2011), for his key role in guiding the 12U Minor team to crucial victories that led to the championship game of the CCM World Invite in Chicago. Alden had a  4-3 record over the weekend in Chicago including his first career shootout win in the Quarter-Finals, followed by a 2-1 win in the semi-finals and eventually falling short in the championship game.

"Caiden led his team to the finals of the Chicago CCM world invite tournament. Playing 7 games in 3 days, Caiden was solid when his team needed him. His best performance came in the quarter finals where after 2 overtimes, Caiden stopped 3 out of 4 shooters he faced in the shootout. Way to go Caiden!" 12U Head Coach, Eric Germain

Viscuso, 12U Minor team (2011), was recognized for his great sportsmanship and leadership this past weekend, as he was injured and unable to play because of a foot injury. Viscuso was the ultimate teammate for his team as he was always the first to help his team in many situations. Viscuso also showed his class and sportsmanship as he would always be the first player to cheer the boys on and help them on the bench with whatever they needed. Viscuso is a perfect example of a player who understands that being a good sport is way more important than the results on the scoreboard.

"Nate had the misfortune of getting injured the day before boarding a plane to the Chicago CCM world invite tournament. Despite his disappointment, he insisted on being with his teammates in Chicago and spent every moment of every game helping and cheering his teammates on. His spirit was infectious and very much appreciated by all team members. Thanks Nate!" Said, Eric Germain 12U Head Coach

Have a candidate in mind? Email us your nomination: Info@EliteHockeyAAA.com 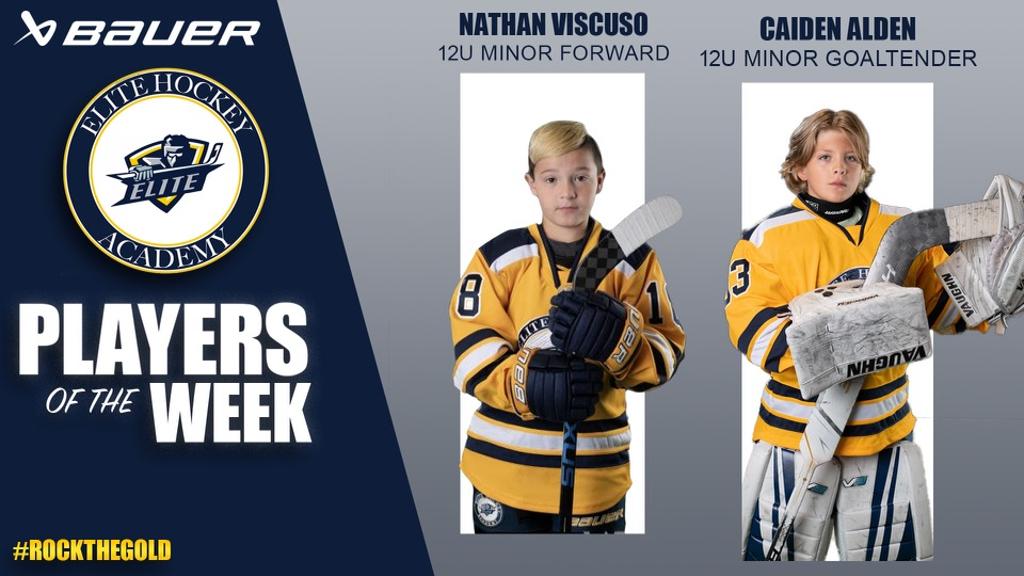