EHA Player of the Week is Back!

Guilford, Conn., - The player of the week awards are back!  The 2022-2023 season is in full swing and it has been exciting to see players rise to the occasion for their team!

Each week of the regular season, three players will be selected for the EHA Player of the Week Awards, based on their performance, sportsmanship and hard work. Weekly winners will be selected by EHA coaches and directors.  We look forward to all the great team moments and player highlights. Let's go ELITE!

Egor Osipik seemed to do it all last weekend except run the Northford Snack bar!  On offense, Osipik exploded with a 6 point weekend with four goals and 2 assists to help the 18U Academy sweep the Washington Little Capitals.

"I had a slow start at the beginning of the season.  Coming to the USA is a different style of play but I have been working hard in practice and learning from my mistakes.  Now I feel better and more confident, after scoring some big points." Said Osipik

He was also a + 4 on the weekend. Osipik, a 2005 forward from Minsk, Belarus is also a rising Junior at Notre Dame of West Haven School.  The 4-4 Elite Hockey Academy, have high expectations after a successful season in 2021-2022 season with key returners and new additions such as Egor and more!

"He’s really developing his confidence and playing a key role within the team's lineup.  He’s playing more relaxed it seems like. He knows he’s got a lot of potential as a player and what his future holds but he’s also really enjoying it day by day here. I think his performance has really been steady for what we’ve seen over the last couple weeks. He’s just taken on a more relaxed, confident approach and trusts his abilities."

12U Head Coach, Eric Germain was expecting Levi Indes to be an integral part of the team this season but as each week has progressed, Indes has proven to step up his game and make even more of an impact.  The 12U EHA team took on AYHL foe, NJ Devils Youth this weekend in Connecticut and Indes led the way by finding a weak spot in exploiting the Devils defense to help capture a 4-0 win!

Midway through the first period, Indes went to work with two back to back goals to help build the lead 2-0 on the Saturday tilt.  “The season is going really well and the coaches are really helping a lot and I like my role on the team.  This season, some of my goals are keeping positive, getting goals assists and working on my passing, also being a team leader and listening to my coaches" Said Levi Indes

"Levi had an excellent weekend, his line with Chase and Cody created a lot of chances by constantly moving and finding each other. Levi had two beautiful goals against the devils and the team never let up after that!"

The 10U Squirt Major had a slow start to the beginning of the season as they added a lot of new faces to the squad.  Head Coach Kurt Garceau and his staff searched from within and kept the faith, as they started to build team chemistry and gain confidence to go on a winning streak!

It was only a matter of time before newcomer, Matthew Donnelly delivered a big point weekend and helped the team to two victories over the Hartford Jr Wolf Pack.

"Matthew had a great weekend leading our team to two victories! His hard work and determination helped the team give us an opportunity to come from behind in both games. He had a great weekend with 3 goals and 3 assists.  He goes just as hard at practice as he does in the game.

Congratulations to all the players and make sure to check back next Wednesday for the EHA players of the week!

Learn how Elite Hockey Academy is creating opportunities and developing its players by visiting www.EliteHockeyProgram.com or visit us on social media by clicking here! 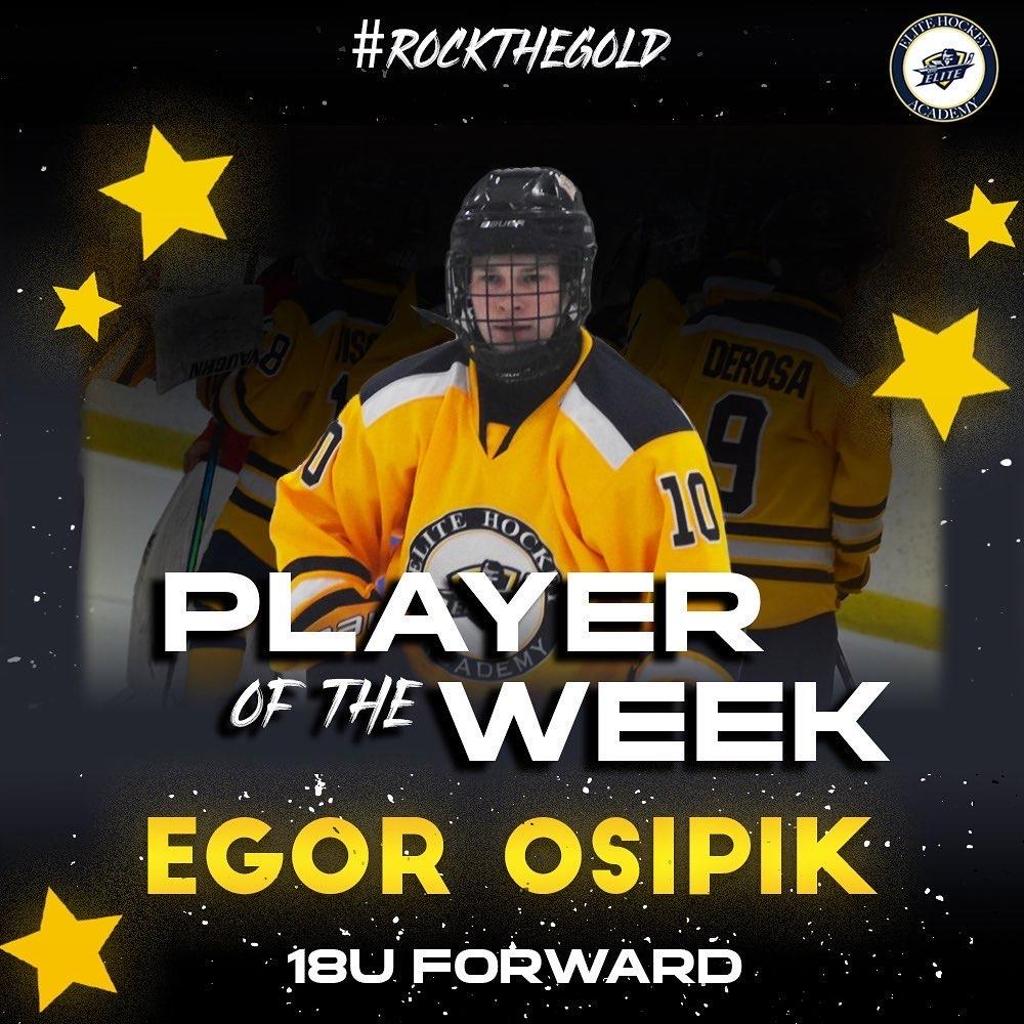 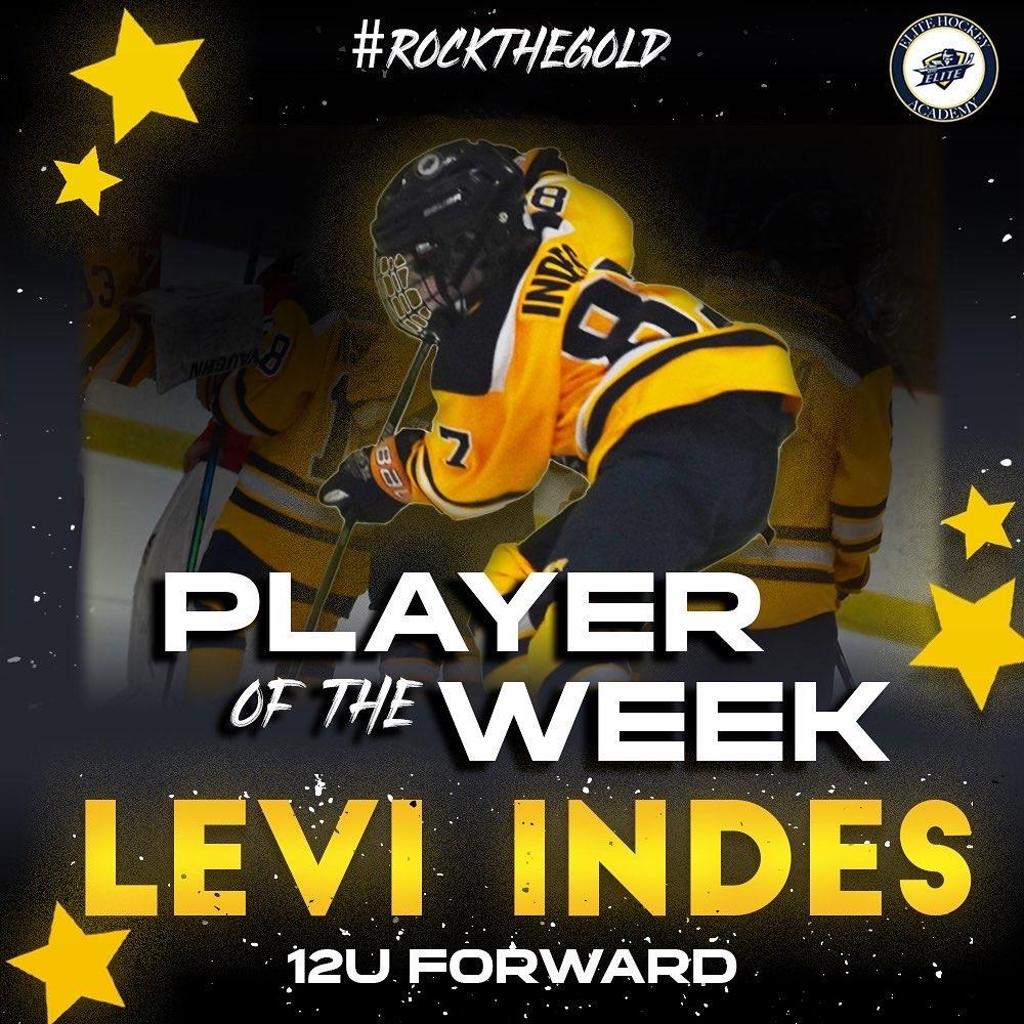 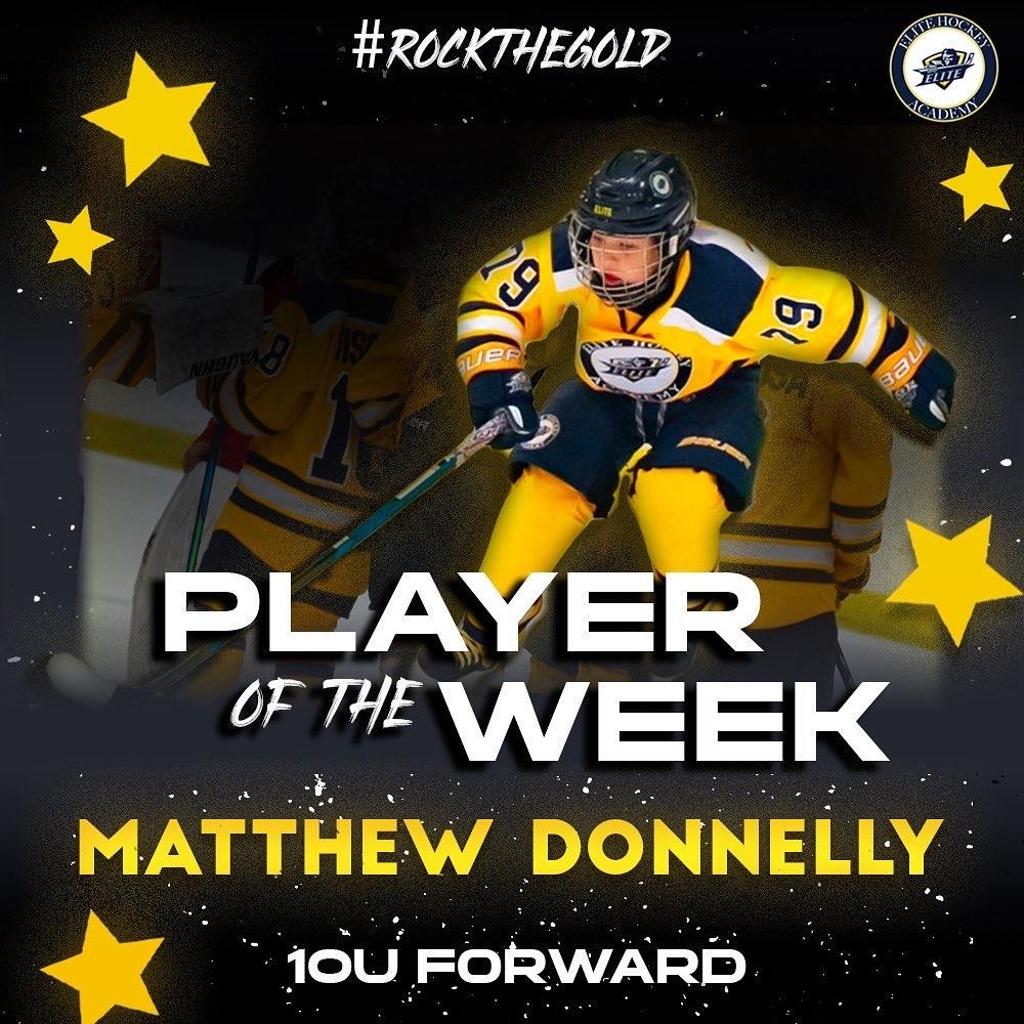