May 3, 2021, Guilford, Conn.,- The Elite Hockey Academy is proud to announce that 18U goalie Nick Junkin has signed an agreement to join the Connecticut Roughriders of the EHL for the upcoming 2021-2022 season.

Elite Hockey Academy President, Peter Alden, coached Junkin this past season. As his coach, Alden saw Nick as a player who worked hard on and off the ice and had high character. “Junkin came in every day and went to work,” said Alden. “Nick did everything we could have asked of him this year, and as a result, his game started to take off. One of the things I like about Nick is that he’s a low-maintenance type of player. He’s the type of player you don’t have to worry about on or off the ice because you know what you're going to get with him every day. Nick has earned this opportunity with the Roughriders, and I look forward to watching him at the next level.”

“I want to start by saying I want to thank my entire family for helping me pursue my dreams,” said Junkin. “I wouldn’t be here today without my family and friends making the sacrifices they have made for me to get this opportunity with the RoughRiders. I wouldn’t be here if it weren’t for my teammates, goalie partners, and coaches over the years who have helped me become a better goalie on the ice and a better person off the ice. Lastly, I want to thank all of the people at EHA who made me feel like family right away, even after a year of utter chaos due to COVID. The people here at EHA I will be forever grateful for and will always have a special place in my heart. I'm looking forward to taking the next step in my career with a great organization like the RoughRiders, but I will miss the people here at EHA and the staff.”

The Connecticut RoughRiders are ranked among the most successful franchises in the EHL since joining the EHL in the 2013-2014 season. They won the EHL Frozen Final Championship once in 2015 and have made the playoffs every season since joining the league. To learn more about the RoughRiders, click here.

On behalf of everyone here at the Elite Hockey Academy, we all would like to congratulate Nick on this great accomplishment. We can't wait to watch him continue his hockey career and advance up the hockey ladder. Junkin signing makes him the 10th player to sign an agreement with a Junior organization from our 18U team this season and the fifth player to sign with a team in the EHL in the last three weeks.

Located in Northford, CT, Elite Hockey Academy is the fastest-growing hockey academy on the east coast involving advanced training, high-level competition and educational institutions. Established in 2016 as the Elite Hockey Academy now spans over nine competitive teams and continues to evolve and expand as the industry leader for athletic and performance development. 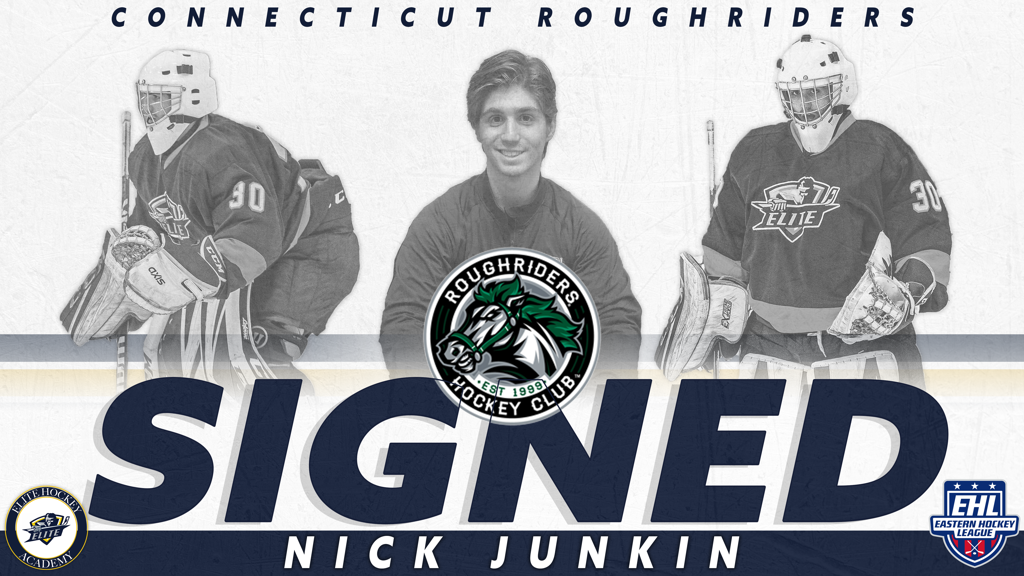 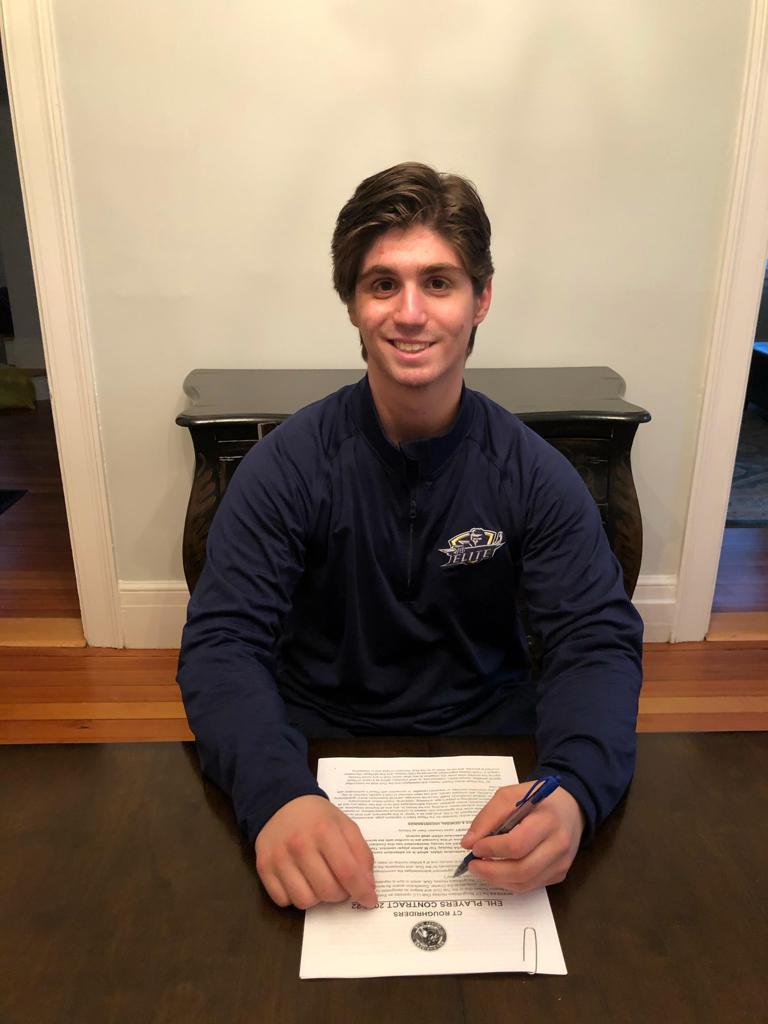