April 23, 2021, Guilford, Conn.,- The Elite Hockey Academy is proud to announce that current U18 Premier forward Dylan Contreras has signed a tender to join the Corpus Christi IceRays of the NAHL for the 2021-2022 season.

Dylan was excited to sign a tender with the IceRays. For Dylan, this signing was something in the works for a while now, and he's happy that he can now focus on getting ready for training camp and earning a roster spot for Corpus Christi. He also expressed what he learned living away from home for the first time playing with EHA. “For me being a part of Corpus Christi’s organization was something I was looking forward to for a while,” said Contreras. “Nate Weossner, their head coach, and I have been in contact for a while now and formed a good connection. It was exciting to hear the news that I could finalize the tender agreement, and I didn’t have to think about it when it got brought up to me. I'm just happy to be a part of the IceRay organization. The experience playing for EHA was a mix of great memories and some hard unforgettable memories. I think a few of the things I’ve gained this season at EHA were a group of people that I can call family for the rest of my life. I’ve also learned a lot of valuable lessons while being on the east coast, but the three that are the most important to me, are to be the hardest working player, having strong willpower, and clear determination.”

In his only season at EHA, Dylan became one of the top players for the U18 squad. He finished first in points with 59 points, first in assists in 39 assists, and second in goals with 20 goals. While being a top player on the ice, he's also a top student in the classroom finishing third in his graduating class with a 94.48 GPA.

The Corpus Christi IceRays are a junior team based out of Corpus Christi, Texas. Since joining the NAHL in 2010, the IceRays have made the playoffs multiple times and have seen 47 players go onto Division 1 programs and four players that have made it to the NHL. To find out more about the IceRays, click here.

On behalf of everyone here at the Elite Hockey Academy, we would like to congratulate Dylan on signing a tender with the IceRays. Dylan's signing also makes him the ninth player from the U18 team to sign a tender with a junior team and the third player to sign a tender in the NAHL. We wish Dylan nothing but the best going forward and look forward to watching him climb the hockey ladder. 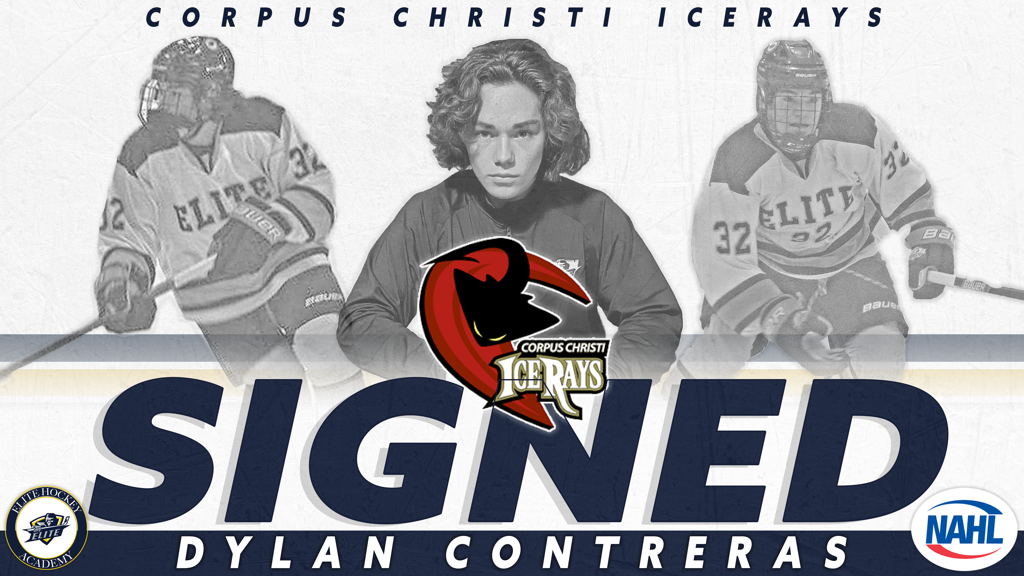 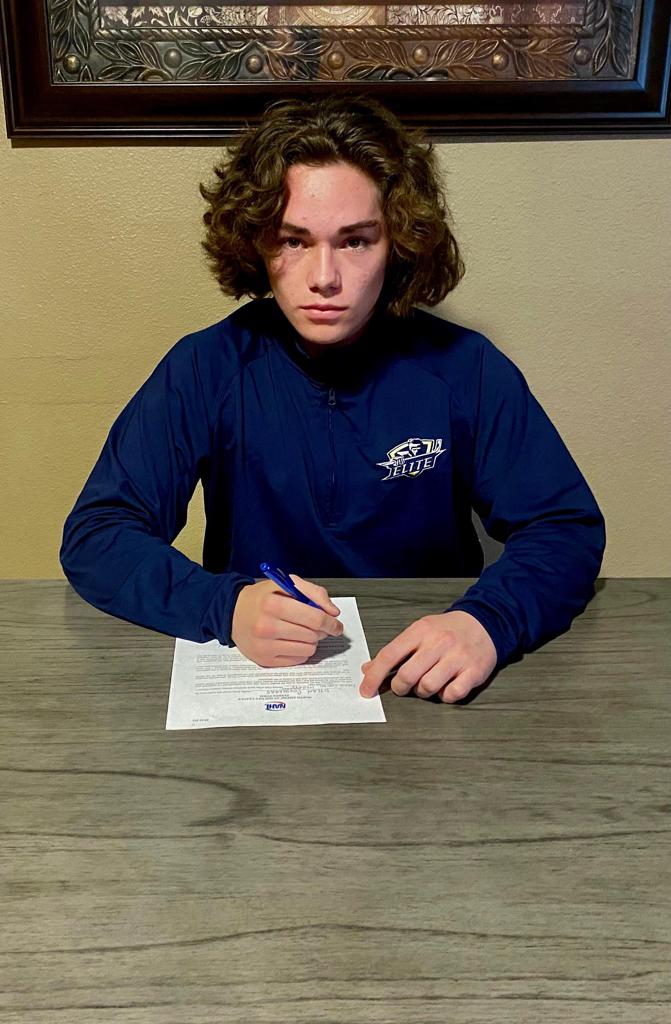