April 14, 2021, Guilford, Conn., - The Elite Hockey Academy is happy to announce that U18 Premier forward, Brenden Coon, has signed a tender to join the New Mexico Ice Wolves of the NAHL for the 2021-2022 season.

Brenden Coon has been with the Elite Hockey Academy for the last two years. Elite Hockey President, Peter Alden, has coached Coon since he arrived at EHA for the 2019-2020 season. “Brenden has grown tremendously,” said Alden. “He has put in the work on and off the ice the previous two years. I am proud of Brenden for his hard work and he's earned this opportunity with the Ice Wolves."

Coon was excited after he signed with the Ice Wolves. “I’m ecstatic to sign with an organization like the Ice Wolves and start my junior career in New Mexico,” said Coon. “I want to thank my parents because, without the sacrifices that they have made, I wouldn’t be here today. I want to thank my coaches here at the academy and in Texas because, without my coaches, I would not be the player and person I am off the ice without them. Lastly, I want to thank my teammates with whom I have formed lifelong relationships growing up in Texas and playing here in Conn. the last two years.”

In the last two years, Brenden has been one of the top players here at the Elite Hockey Academy. In his first season with EHA, Coon was an AYHL All-Star at the U16 level, and was an important player that helped EHA make AYHL Playoffs at the U16 level for the first time in five years, and helped EHA to one of the best records in the history in the ECEL. Coon has continued his play from last season, as he has 35 points in 44 games.

Coon is also a top student here at the Academy. This year Coon earned his High School Diploma while finishing third in his class with a 94.5% average and was runner up to Grant Ermellini for the position of Salutatorian of his class.

The New Mexico Ice Wolves are one of the newest franchises in the NAHL, entering the league in the 2019-2020 season. While the Ice Wolves have struggled this season, they have been playing better as of late. Coon may wind up playing with former Elite Hockey Academy forward, Nicolas Haviar, next season as Haviar has played with the Ice Wolves since last year.

On behalf of everyone here at the Academy, we want to congratulate Brenden on this great accomplishment. Everybody here at the Academy has enjoyed getting to know Brenden and his family the last two years. We look forward to watching him grow his game at the next level and climb the hockey ladder. 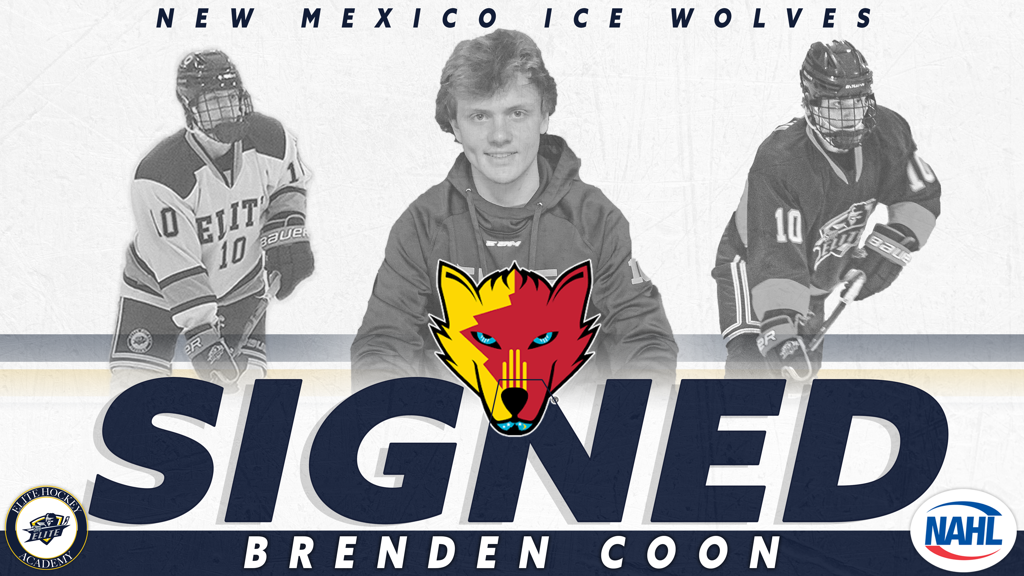 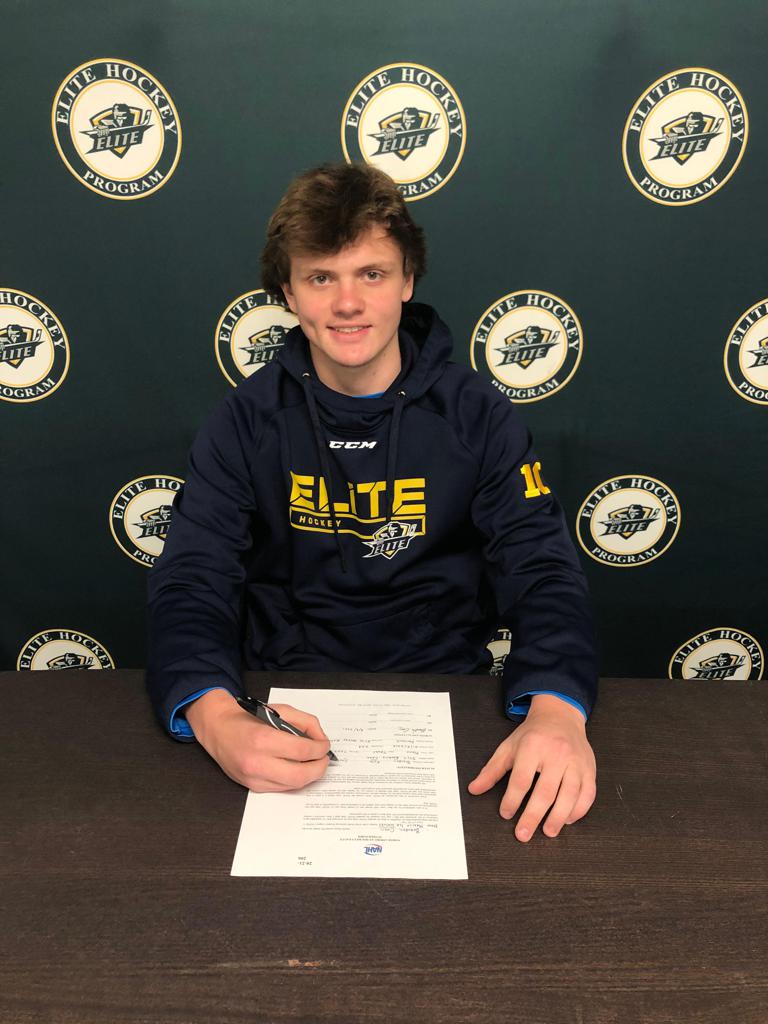