Shea Thibault has signed a tender to join the NCDC's Connecticut Jr. Rangers

February 6, 2021, Guilford, Conn.- The Elite Hockey Academy is proud to announce that current 18U Defensemen Shea Thibault has signed a tender to join the NCDC's Connecitcut Jr. Rangers for the 2021-2022 season.

Thibault has been with the Elite Hockey Academy since he was a he was a squirt. Longtime coach and Elite Hockey Academy President Peter Alden is happy for Shea and excited to watch his continued development at the next level. "I have seen Shea develop as a player since he was a squirt, and he has always improved every year," said Alden. "Shea has always done everything we have ever asked him to do as coaches since he was a young kid. His habits and details are impressive as a person and player. I am so proud of Shea for reaching this milestone in his career, and I look forward to watching his continued development at the next level.”

After signing his tender with the Jr. Rangers, Thibault could not have been more excited to play at the next level. He also wanted to thank his family, coaches, and teammates for helping him reach the next step in his development path. “I’m super excited to take the next step in my career,” said Thibault. “I wouldn’t be where I am today without the constant support of my family, friends, coaches, and all of the teammates that I’ve had during my youth career. I also want to thank Coach Geoff [Martottolo] and Coach Peter Alden for helping me take the next step, as they have pushed me to be the best player I can be over the years and have made it fun to come to the rink and put in the work.”

Shea picked up right where he left off last season. Last season, he was named an ECEL All-Star and scored three points in a must-win game against the Philadelphia Jr. Flyers to help EHA reach the AYHL playoffs for the first time since 2015. Through 27 games, he has three goals and 14 points this season.

The Connecticut Jr. Rangers are a junior franchise that plays out of the Chelsea Piers in Stamford. The Jr. Rangers have been one of the best teams in the NCDC, as they have consistently finished as one of the top teams in the league over the last few seasons. To learn more about the CT Jr. Rangers NCDC program, click here https://www.cjrhockey.com/usphl-rangers.

From all of us here at the Elite Hockey Academy, we could not be more proud of Shea on his commitment to the Jr. Rangers. We are all excited to follow Shea as he takes the next steps in his career.

WE'RE BACK!!!! The Elite Hockey Academy is back on the ice and playing games against opponents all across the state. Shea and the rest of his U18 Premier squad have two games at the Canterbury School this weekend before playing five games next week, one against the Brunswick School on Tuesday, and four games against South Kent Selects, two at the Northford Ice Pavilion and two on the road at South Kent.

For more information on the Elite Hockey Program and player opportunities, please visit www.EliteHockeyProgram.com or email Peter Alden at Palden@EliteHockeyAAA.com.

Located in Northford, CT,  Elite Hockey Academy is the fastest-growing hockey academy on the east coast involving advanced training, high-level competition and educational institutions. Established in 2016 as the Elite Hockey Academy now spans over nine competitive teams and continues to evolve and expand as the industry leader for athletic and performance development. 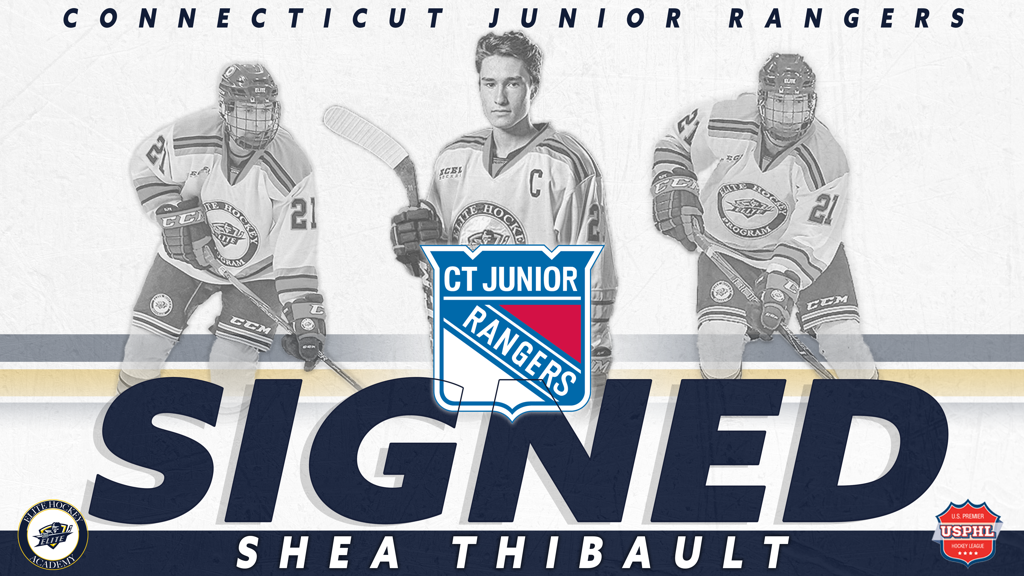